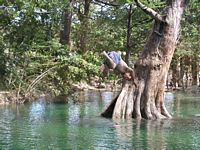 Clear Springs Lodging of Utopia is a year round lodging operation, so please review our website and call or email us of when you would like to make a reservation.

Great exotic game to domestic wildlife is found on and around the lodging sites.

Each of the sites have a unique name, which some have been named after historic markers. One such place is Waresville River Retreat. Before "Utopia" was the official name, the area was called "Waresville". In the area there are many historical locations and events that make this a truly hold the name true to be "Utopia".

Come see why it's called Utopia! Enjoy a relaxing stay in the scenic Texas Hill Country in and along the Sabinal River Canyon of Utopia Texas. 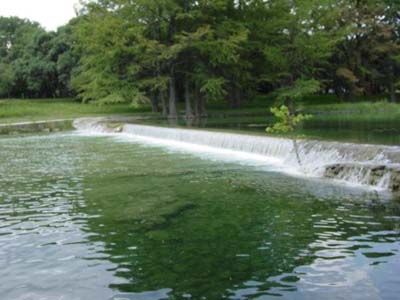 Area History: The Sabinal River was originally called Arroyo de la Soledad, Stream of Solitude, and offers unlimited access for fishing, swimming, kayaking or just a day of reading and day dreaming.
The Sabinal River flows from fissure springs from the great slabs of limestone in Lost Maples State Natural Area and flows 60 miles to the Balcones Escarpment and its mouth on the Frio River.
Along the course of the Sabinal River was a well-known Indian trail known on early Spanish maps and the Comanche Trail. The city of Utopia is located in Sabinal (or Uvalde) Canyon, with Uvalde County capturing the name for its own.
Archaeologists have found Paleo-Indian evidence plus there was a legendary silver mine in nearby Sugarloaf Mountain just five miles from Utopia. Originally named Montana which was already taken by another city, the residents appropriately changed the name to Utopia and it is truly a Utopia of natural beauty.
Both the Sabinal River and Frio River provide one of the most dramatic nature theaters for fishing, nationally acclaimed bird watching, hunting, as well as hiking, biking and kayaking - And don't forget your camera! Notable facilities include Garner State Park and Lost Maples Natural Area that are perfect for hiking, picnicking, camping, plus there are area facilities for golf and horseback riding. 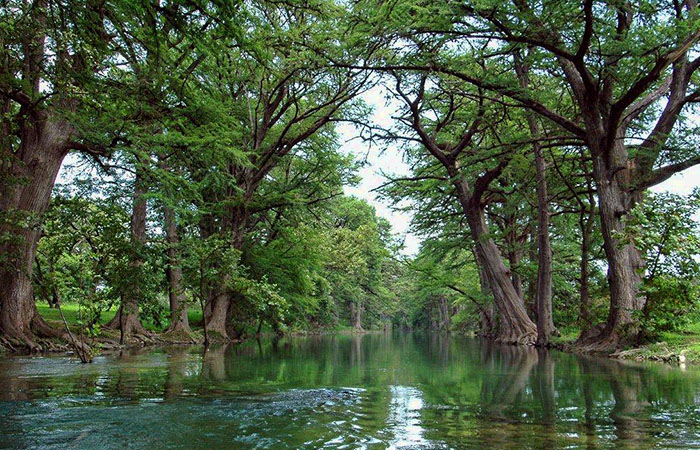